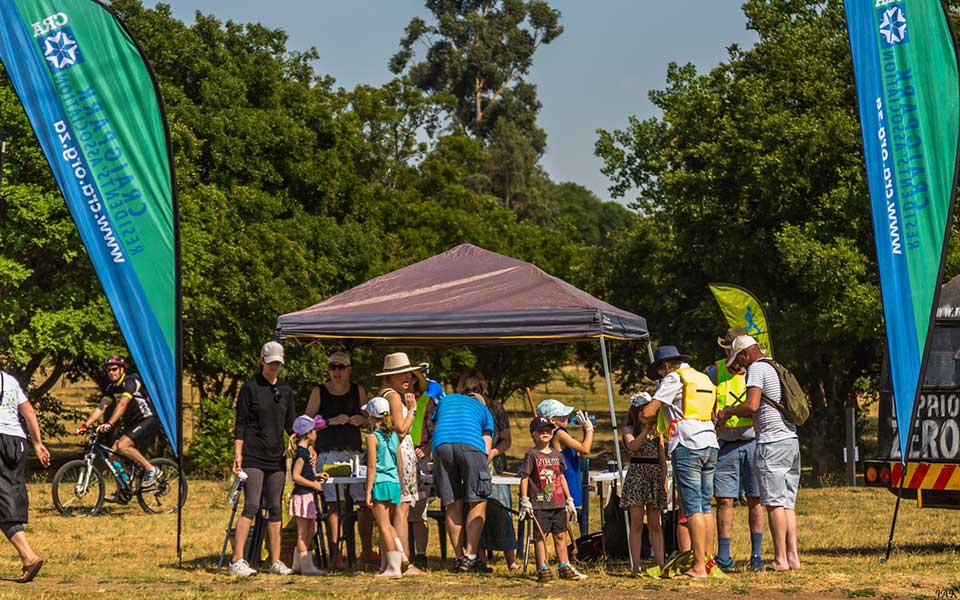 What an amazing morning filled with community spirit from people of all ages and walks of life!

Last Saturday the 19th October 2019 was the annual Spruit Day Cleanup where all the communities along the Braamfontein Spruit gather for a morning to help clean up their areas. This year The CRA collaborated with Jozi Trails at a shared meeting point in Delta Park off Marlborough Ave. Thanks to Kelly and Sam who coordinated and organised much of the event and to every person, organisation and company involved! During the morning trees were planted, fallen trees removed, water tested, bins installed and over 1000 bags of rubbish collected in 18 separate locations. Leading up to the event there was already great community participation with many local schools and businesses putting up posters and helping us get the word out. A special thank you to Colourful Splendour and Delta Café who sponsored vouchers for us to hand out when people brought back their bags of rubbish. It started the whole ‘Rewards for Rubbish’ idea which was a lot of fun. They were much appreciated by the volunteers. Pick n Pay (Craighall) donated bottles of water, the last of which was handed out as we were packing up, Global Golf donated some caps and The Colony Pharmacy donated sunscreen. All of which were much appreciated on a sunny day when temperatures reached at least 33 degrees. It was great working with the Jozi Trails team. Through them we had delicious coffee provided by Doppio Zero (even in the heat the caffeine was needed!) and cyclists could receive a bicycle bell sponsored by Hollard.

A group of development cyclists helped collect and cart bags of rubbish and were given donated cycling kit on the day. This wasn’t the only group that participated on the day. The Rand Barbet Bird Club brought down some fruit to hand out. A group from Reea were there for hours collecting rubbish and unfortunately some scrapes and bruises too, which Prof. Sparks tended to. A special mention must go to the CAP Cleanup Crew who spent over 3 hours collecting rubbish in the blazing sun and were so helpful. One of the bakkies even assisted us in dragging a water (and sand) soaked duvet to the collection point as it was too heavy to lift. Thanks also to Fine and Country who came down for the morning and provided bottles of water for everyone who participated, which was vital on such a hot day. Our ward councillor Martin Williams brought along his own specialised rubbish collection tools – braai tongs work surprisingly well. Your participation was greatly appreciated and helped make the day a success.

Thanks to everyone involved! Your support made it a great success.